A new report, commissioned by Cyber adAPT and conducted by Aberdeen Group, has found that cyber attack detection and response times have a critical status in protecting access to infrastructure and data within modern networks.

New insight detailed in the report entitled ‘The need for speed: faster detection requires a new type of platform’, reveals that doubling detection and response speed to cyber attacks produces a median reduction of 70 percent, compared to the status quo*, in impact on the availability of enterprise computing infrastructure.

The report also shows that improvements to detection and response speed following a data breach produces a median reduction of 30 percent in impact on the business, compared to the status quo.

The diagram below shows a Monte Carlo analysis on how faster detection and response reduces risk: 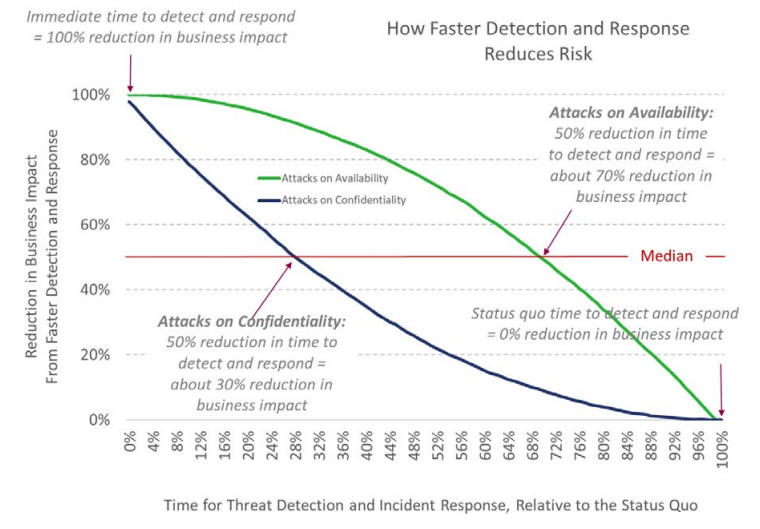 Other key insights from the report include:

* The status quo for dwell times is based on the empirical data from investigations of confirmed data breaches by Verizon and its partners, between 2014-2016.