What military leadership teaches us about leadership in a corporate crisis

Can military principles and processes really be applied to corporate crisis management? Jonathan Hemus thinks they can…

Managing crises is, hopefully, a rare experience for most organizations. For the armed forces it’s part of their daily lives. Crisis management terms that are bandied around in corporate circles (tactics, strategy, exercising, war-gaming) are well rehearsed techniques and practices deployed by the armed forces to manage life and death situations. But can military principles and processes really be applied to corporate crisis management? With the 'command and control' approach to management in disrepute, it would be easy to assume that what works in the armed forces would backfire in the commercial world.

Look more closely though and the parallels are clear: scenario planning (a military discipline) is a critical part of preparing to manage a crisis. Giving your 'troops' the training they need to work quickly, efficiently and effectively under intense pressure is a prerequisite for crisis management success. Rehearsing your team and plan with crisis simulation exercises in 'peacetime' is the only way of finding out whether it will work for real.

Most important of all though, are the principles of leadership which can be transferred from one world to the other.

In collaboration with ex-British Army Officer Mark Wenham, we've identified five elements of military leadership which are at the core of corporate crisis management:

1) The requirement for moral courage

Courage is a fundamental of leadership and is at the heart of earning respect and trust. Whilst physical courage is most often identified with the Armed Forces, moral courage is equally important. Moral courage is about having the ability to do the right thing (not necessarily the easiest thing).

In the corporate world, a crisis is the acid test of leadership in which careers can be made or broken. The truly great crisis leaders in business have the ability to see beyond short term expediency and make decisions which are right, even if they are not easy.

Leadership in a crisis requires an understanding of the nature of a situation, its potential impacts and an awareness of when to step in to take control and responsibility. In the military this literally means making life or death decisions. It requires judgement to take the initiative early (or someone else will) even with a minimum of information, which may entail taking risks, and dominating the situation.
For a CEO, the idea of taking ‘calculated risks’ may seem counter-intuitive in the midst of a crisis. Not so. Crisis leaders must be comfortable with uncertainty and have the confidence to take decisions which may be imperfect, but are much better than corporate paralysis.

3) Position the leader where they can have most effect

Military leaders must know what the bigger picture looks like, whilst also having an accurate understanding of the tactical situation on the ground. Generally, a leader should ensure they are in a place where they can gain the best understanding of the situation, project their personality and influence events. Not too close to become embroiled in the detail but not so far away that they are unable to influence events.

Leaders need to be seen.

How and where to deploy the CEO in a corporate crisis is one of the toughest decisions of all. Keeping them away from the front-line not only deprives them of an understanding of the reality on the ground, it may also appear that they simply don’t care. Leave them in the front line throughout the crisis and they can lose perspective and the ability to operate strategically. Trusted lieutenants can be essential in helping CEOs play the most effective role they can in managing a crisis.

Integrity is an essential leadership trait. It is about being honest and unafraid to stand up for what is right and to uphold moral values, even under intense pressure in a crisis. It is about being transparent, knowing when to admit mistakes, to ensure there are no cover-ups and not shifting the blame onto others. The most respected and effective military leaders understand this intuitively.

The same applies to corporate crisis leadership. Research from Oxford Metrica shows that businesses which are quick and transparent in disclosure and which take responsibility for their actions (rather than blaming a third party) suffer far less reputational damage. History also shows that the reputational impact of a crisis event is insignificant compared with a crisis cover up. Lose trust in a crisis and defeat in the long term reputation war is certain.

5) Leaders manage their own fear

Fear, particularly in a combat environment, is inevitable. The key is to acknowledge it and, as a leader, be able to deal with it. Failure to do so can result in a paralysing effect which is contagious and can result in total inactivity throughout a team unless dealt with swiftly. A military leader must therefore be able to identify, contain and overcome their own fear. This enables them to think rationally, set an example and encourage those around them.

Whilst physical threat is thankfully rare in a corporate context, fear is not. Crises are rare, extreme and traumatic events. They also carry high stakes: careers, reputations, entire businesses are on the line. It is not surprising therefore that CEOs also experience fear as they navigate a major crisis. Successful crisis leaders in business will recognise their fear, and manage it. Crucially, they will instil confidence in team members who will also be experiencing anxiety.

Successful leadership in a corporate crisis requires special qualities of courage, integrity, empathy, judgement, decision-making and communication. The best military leaders have been displaying these qualities under the most intense pressure since before the concept of corporate crisis management existed. CEOs who want to succeed in a crisis would be well advised to learn from their experience. 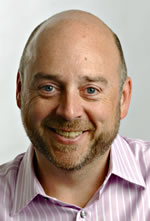 Jonathan Hemus is managing director of Insignia, a company that provides crisis management planning, training and consultancy to help businesses successfully manage organization-threatening situations under intense pressure. A full version of Insignia’s report ‘Leadership and teamwork in crisis management – a military perspective’ can be downloaded after registration here.